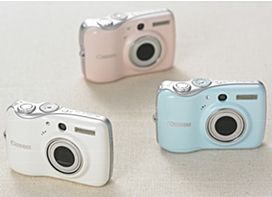 Despite all the technology in the modern digital c­amera, the basics of photography have remained largely unchanged. Your camera still has:­­­

You still point and shoot in the usual way, but there’s no need to buy a film or to wait for it to be processed – you just download the images on to a computer, send direct to a printer or email them ins­tantly to friends.

The digital age has set photographers free from the limitations of film, printing, and other expenses, but the art of taking of good pictures hasn’t changed that much in the past 100 years.

Now you can shoot until your battery runs out, or your memory stick is full. So carry spare batteries and spare sticks. Keep shooting! Take lots of photos!

Discover how your camera works. Read the manual. Explore the different parts of the camera. Switch it on, turn it off and then read on.

Tweak the settings and take lots of test sh­ots. Try out everything. Then take more shots and read up on what you had difficulty with.

When taking pictures, keep your camera still while the shutter is depressed to avoid blurring the image. Even the smallest movement is enough to spoil your picture. The only real way to eliminate this is with a tripod. It can be tempting to shoot one handed, but using two hands will increase your stability.

This will enable you to squeeze the shutter, rather than jab at it.

The positioning of your left hand will depend upon your camera but in general it should support its weight. Place your hand either underneath the camera or under a lens if you have a DSLR.

If you’re using the view finder to line up your shot, the camera will be close into your body,giving you more stability.

You can steady the camera further by leaning against a solid object, such as a wall or a tree, or by sitting or kneeling down.

A bonus tip – before you take your shot take a gentle but deep breath, hold it, then take the shot and exhale.

3. What ISO setting should you use?

The International Standard Organisation (ISO) setting controls your camera’s sensitivity to light. The most common settings are 100, 200, 400 and 800, but some cameras range from 64 to 1600. Most people tend to keep their digital cameras in automatic mode and the camera selects the appropriate setting for the conditions you’re shooting in.

When you decide to override your camera and choose a specific ISO, you’ll find it affects the aperture and shutter speed you need for a well exposed shot.

The lower the number, the less sensitive your camera is to light. You use a slower shutter speed and have a cleaner image. ISO 100 is about normal for everyday use and will give you good crisp pictures.

Higher settings are generally used in darker situations, for instance an indoor event when you want to capture some action in lower light.

4. Getting the exposure right – aperture

A wider aperture reduces the depth of field, so that only objects at the focal point are in sharp focus. This is superb for isolating a person from a busy background, but not so clever for landscape photos, where everything should be in focus.

Aperture is measured in ‘f-stops’. You’ll often see them referred to as f/number – for instance from f/2.8, f/4, f/5.6,f/8,f/22 (narrower aperture and broader range of focus). Moving from one f-stop to the next doubles or halves the size of the opening in your lens – and so the amount of light let through.

Cheap cameras have a fixed aperture, so exposure is affected only by the level of light.

The most expensive cameras also include full manual controls.

Even with a fully automatic camera, you can modify the exposure in the same way as you would lock the auto-focus (see point 6 below). Most cameras read the light in the middle bottom half of the picture. That’s usually where the land mass is to be found rather than the excessively bright sky.

Similar to auto-focus, there are four steps to the process which also locks the focus at the same time:

Almost all modern point-and-shoot digital cameras have some sort of auto-focus system which enables you to take excellent pictures with little effort. Most cameras focus on the central point in the viewfinder frame. Your subject – a person or something interesting in the foreground – will come out clear and sharply defined, providing it is located at that point.

However, every so often, the best results will need more careful thought and you may have to ‘tell’ your camera where to focus.­ For instance, what happens if you deliberately place your main subject off-centre and the picture background is positioned on the midpoint?

Your camera will still automatically fix its focus centrally on the background, but not your subject. You point and shoot. The background is clearly defined, while the most important part of the scene is out of focus. Accidental focusing on the background is one of the main causes of unclear pictures. But there’s a simple remedy.

There are four steps to the process which also locks the exposure (see point 5 above) at the same time:

7. When is manual focus better than auto-­focus?

There’s no golden rule here. Either manual or auto-focusing can give you first-rate results in most settings. Even so there are a few occasions when you might find it easier to switch to manual focusing. For instance, when you:

Shutter speed is the length of time the shutter remains open when taking a photograph. In other words the time that your image sensor ‘sees’ the scene you’re attempting to capture. Along with the aperture of the lens (called the f-number), it determines the amount of light that reaches the sensor.

Shutter speed is measured in seconds – or in most cases fractions of seconds. The bigger the denominator the faster the speed. So 1/1000 is much faster than 1/30. In most cases you’ll probably be using shutter speeds of 1/60th of a second or faster. This is because anything slower than this is very difficult to use without getting camera shake. If you’re using a slow shutter speed (anything slower than 1/60) use a tripod or some type of image stabilisation.

If you’re completely baffled by a modern digital camera or have a reputation as a bungling photographer, if all your pictures are blurred, too dark, too light or just badly framed, then get someone else to take the pictures. There’s no shame.

You may ask a friend with a camera to step in or, still better, find someone from the local camera club, or email me for more advice.

You may also find my article on news values of interest.